Pests are one of the perilous creatures that infest homes. We see countless insects that dwell in our environment, but sometimes we're unsure if they're beneficial or not. This is why it's important to answer "when does an insect become a pest?" 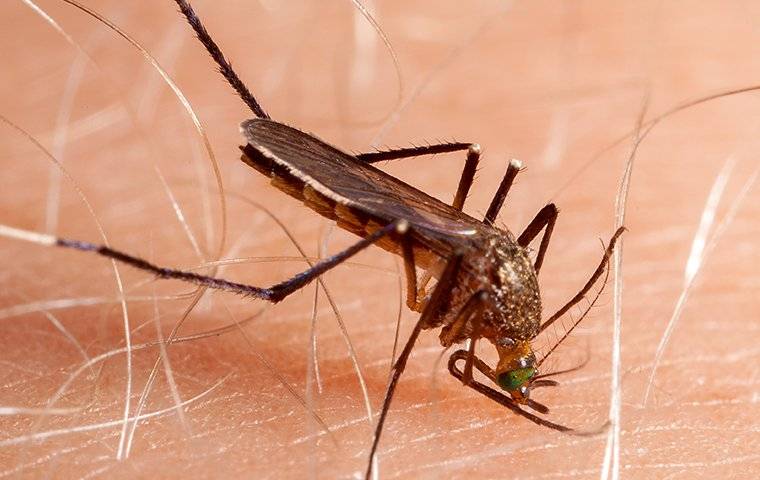 Before we answer that question, let us first define the word "pest." Pests are destructive organisms that attack different resources, such as food, livestock, clothing, structures, and furniture. An example of a destructive pest is the termite. These creatures feed on the wooden structures of our home. Believe it or not, their damages amount to millions of dollars every year.

Pests are also harmful to people, animals, and plants due to the bacteria and diseases they carry. Mosquitoes, for example, are regarded by the WHO as the world's deadliest vector. It transmits Malaria, Dengue, Zika, and many more. Dengue fever alone affects more than five million people a year. How much more if you add the number of cases of other diseases?

When Are Insects Considered Pests?

Despite the popular belief, not all insects become pests. Let's take the caterpillar as an example. Many adore these creatures because they turn into beautiful butterflies. This is why most of us will not even think of eliminating them. However, these creatures can turn into pests when they start to affect the health of plants and crops in the garden.

This insect's main source of nourishment is planted leaves and stems. They sap the juices of plants, damaging it in the process and inhibiting it to achieve optimal growth.

Farmers are greatly affected by these insects because it greatly affects food production. Hence, they earn a smaller income in the market. This is why they resort to pesticide use. Even if the World Health Organization is limiting the use of pesticides, farmers prefer to risk themselves just to have sufficient income.

Insects can also be lethal but it doesn't necessarily mean that they are pests. Let's take the spider for example. Despite the common belief, spiders are actually important aspects of the ecosystem. Without it, there is an imbalance that may cause the downfall of the environment.

These creatures are dangerous because of their venomous sting. However, they use this to survive in the wild by hunting smaller insects such as roaches, bugs, and many more. They only become pests when they pose a risk to human beings. This is why it pays off to get to know spiders and determine which ones are lethal or not.

It doesn't hurt to have spiders at home. Did you know that they feed on mosquitoes and roaches, which to me, are way worse? Winston-Salem Exterminators dissuade spider extermination sometimes, especially if they do not pose any nuisance or danger. They believe that it is for the protection of the house owner from worse infestations.

If you think five-star restaurants and hotels do not have pests, think again. Some insects such as mosquitoes and bedbugs are not attracted to food crumbs and food stains. They want a stable environment where they can hide and feed on other people. No matter how clean and tidy a house is, insects will always find a way to inhabit the place. Their size and ability to enter discreetly offer an advantage for them.

Despite your methods to keep them out, some will always find their way in. They can hide in the most secure areas such as cracks, crevices, wallpapers, and cabinets. Some can be found in the furniture, the structure of your home or establishment, and the sewers.

According to experts, it pays off to understand the habits and lifestyle of the different pests that infest households. So without further ado, here are some of the most common insects that cause nuisances in the household.

Cockroaches scare most humans due to their ickiness, size, and their ability to carry diseases. If you see one roach, chances are, there are others already dwelling inside your home. If you discover a cockroach crawling, the best thing to do is squish it then throw it outside. Do not drown it like most people. Believe it or not, cockroaches can hold their breath for more than 30 minutes. Even if you flush them down the toilet, they will not die. They will just return to the sewers where they came from.

Also, do not make the mistake of cutting their heads. There is sufficient evidence that a cockroach can survive for a couple of days without its head. Unlike other insects, the cockroach doesn't have a nose to breed from. It has spiracles all over its body which is responsible for respiration. Can you imagine a directionless cockroach walking around your home? They can spread more bacteria that could lead to food poisoning, Dysentery, Tapeworms, Roundworms, and allergies.

Another pest that inhabits our home is the fly. Although their role in ecology as pollinators is essential, they can be harmful to human beings. They contaminate food sources with the pathogens that they carry such as Salmonella, E. coli, Typhoid fever, Cholera, Dysentery, and Rotavirus. These insects may also bite humans resulting in itchy bumps and skin allergies. Their rapid breeding makes it impossible to eliminate them using DIY methods. If I were you, I would choose to prevent their infestation in the first place.

Bed bugs are also known as the silent feeders of humans and animals. When they infest, bedbugs will find a hidden area where there is little human activity. They prefer areas near the bed, couches, and chairs. So, when they get hungry, they can easily crawl towards their host and feed.

Before they do that, they wait for humans or animals to sleep. This way, they remain unnoticed even if they feed for more than ten minutes. Their bites bring extreme itch and discomfort. With constant scratching, it can lead to allergies and skin infections.

Mice are notorious for infesting our homes and buildings. They can easily slip into tiny spaces to enter our home. Sometimes, they even create holes as small as a dime as a passageway to and from the house.

The common diseases caused by mice include Rabies, Leptospirosis, Salmonella, and Hantavirus. If you're not aware of what the last disease is, Hantavirus is a respiratory infection that is caused by inhaling the aerosolized virus. This illness is transmitted to humans when they get in contact with an infected rodent's fecal waste, urine, and saliva.

These creatures are the common problems of pet owners worldwide. Aside from the allergies and skin irritations caused by their bite, they also cause other diseases such as Murine Typhus, Tungiasis, and Tularemia.

The worst part about fleas is their top-speed reproduction process. It only takes one female flea to start a full-on infestation. This is why you have to upscale your methods for pest management. Better yet, call Winston Salem pest control service for apartments and homes. With the help of experts, you can prevent and eliminate every form of infestation.

People believe that pests can only cause physiological problems such as allergies and other diseases. Many disregard the need for pest control procedures because of the availability of antibiotics which can easily cure most of the diseases.

However, there are illnesses caused by pests that cannot be treated by an antibiotic. These are mental health issues. Believe it or not, people can develop psychological illnesses such as Anxiety Disorder and Post-Traumatic Stress Disorder (PTSD) because of pest exposure.

Of course, there are underlying reasons that may have increased the tendency to develop these disorders. For one, parents might have threatened the children that pests will attack them if they don't eat their vegetables. Knowing how wild and vivid the imagination of children is, their brains can exaggerate what they hear from their parents. They start to exhibit nightmares and night terrors because of it. When they finally encounter a pest in a closet, that's the time they trigger anxiety.

Because of these experiences, children may experience PTSD. This is a psychological disorder characterized by hypervigilance, flashbacks, and extreme anxiety. Other times, children develop pest-related phobia such as Arachnophobia for spiders and Katsaridaphobia for cockroaches.

Even as adults, do not take the disorders these may cause. You never know if you're predisposed to develop a psychological disorder until you experience shock. So, the best thing to do is to prevent pests at home.

Insects carry a significant role in our ecology as pollinators and as predators of other harmful pests. However, if they start to cause nuisances and danger, that's the time they are considered pests. Not only do these creatures cause physiological distress but also psychological disorders.

This is why it is necessary to maintain a clean environment as a start. You can also conduct monthly inspections of your home's perimeter to check holes, crevices, and broken shingles where pests can enter. Experts also recommend investing in pest barriers. This way, you can prevent these pesky creatures from infesting your home.

If the infestation gets severe, call pest control services in your area. In North Carolina, one of the most reliable companies that provide pest management strategies is Go-Forth Pest Control. With their help, you can achieve a pest-free life that is safe and secure from the nuisances caused by pests.