Home › Article › Pest Control To Get Rid Of Ants In Wilmington

Pest Control To Get Rid Of Ants In Wilmington

Ants conjure images of busy workers who value hard work and working as a team. That was what schools taught us when we were young. In the forest, ants are beneficial insects: they control pests naturally by eating their eggs and young. What schools did not tell us was that ants can be pests too. Wilmington residents had to find that out the hard way. They steal our food. Put your slice of cake on the table, and in a short while, ants would be all over it. With ants around, never let your guard down. 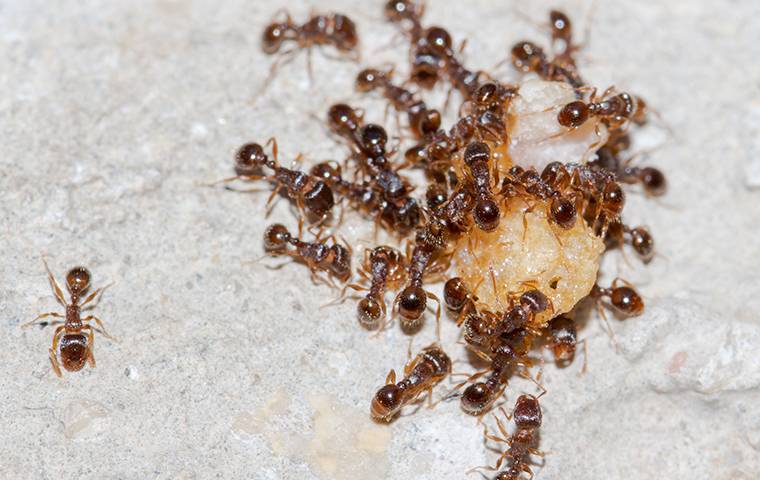 The value of ants to humans is some sort of a gray area. They do not conform to any rules about what is a pest and what is beneficial. When it comes to ants, you form your own conclusion.

Ants are such fascinating subjects. In this article, Go-Forth Pest Control, the leading pest control company in Wilmington, would like to share with you important information about ants. So here we go.

There are around 10,000 identified species of ants, and they can be found all throughout the world save for Antarctica. Formicidae is their scientific name, and they belong to the insect order Hymenoptera. Ants are close relatives of the bees and wasps. They can grow to .08 to 1 inch. Ants are omnivores, meaning they can eat a wide variety of foods. Most ants are found in the tropical forests, where they makeup around half of the insect population and are beneficial to the ecosystem.

Ants go through a complete metamorphosis all their lives. They go through the egg, larvae, pupae, and adult stages. The ant eggs are obviously small and are oval in shape. When these eggs hatch, they become larvae. The larvae do not look like their adult counterparts at all. Larvae cannot move from one place to another and they look like worms. They have no eyes and no legs. They depend on the adults for food and eat regurgitated food coming from them. When the larvae reach a certain size, they spin a cocoon around itself and pupate. They would then emerge as adults.

Ants are noted for their social behavior. Ants live in a colony and work to ensure their colony survives. This is their most endearing quality and something that humans continually study.

A colony is led by a queen. The queen ant’s role is to lay as many eggs as she can for the survival of her colony. Some queens from different species can lay millions in their lifetime. Initially, the queen has wings, but she would eventually shed them when they find a suitable site to start a new colony.

A single colony can have one or more queens, depending on the species. A queen can live for years and can have millions of offspring. If a queen dies, the colony can survive for only a few months if left without one. All the other female ants in the colony are sterile so they are not capable of laying eggs. When the queen and the rest of the ants die off, that would be the end of the colony.

The male ants need to fulfill only a single role, which is to mate with the queen. After mating, they die. The female sterile ants become the workers. Physically, they are almost similar to the queen, only smaller. Their roles include protecting the colony, foraging for food, caring for the newly hatched ants, protecting the nest, feeding the colony, keeping the nest clean, and attacking other colonies to get food. They also kidnap the eggs of the other ant colonies and raise them as their own. Once these captured eggs hatch, they will become slave ants of the colony.

Ant colonies can survive as long as there are queens. When ants feel there is a threat to their colony, they simply vacate their current spot and for another safer place. They also relocate when they have exhausted all food sources in the area and look for a new source of food. This spells trouble for homeowners because it makes it difficult to control them.

Ants Can Be Beneficial

“Just like great stories, gardens have morally grey characters. And one of these is the ant.” - Logan Nickleson, author.

This quote summarizes what the role of ants in this world is. Are they friend or foe? On one side, they can be pests. On the other, they are helpful to the environment.

So how are they helpful? Ants act as nature’s controller of pests. They eat the eggs and the young of insects that are harmful to plants. Farmers even encourage their presence precisely because of this. Integrated Pest Management strategies also advise us to use ants to control pest populations. Ants can also be pollinators. They may not be as good and efficient as bees, but they do their thing. They march from one flower to another, and in effect, become pollinators themselves.

Ants can also keep the soil healthy by aerating them. They dig tunnels, which in turn, become passageways for water, oxygen, and other nutrients to plants. They also speed up the decomposition of dead organisms. This in turn fertilizes the soil. They can also be food for other beneficial animals, like birds, lizards, and frogs.

Ants are known to care for other pests as well, like aphids and mealybugs. And why should they do that? It is because aphids produce a sweet, sticky substance called honeydew which ants like. Because of that, ants protect them. In return for their protection, they harvest honeydew that they turn into food for the colony. Aphid and mealybugs can destroy your plants.

Ants can destroy property and can cause damage more severe and more expensive than what termites can do. These are carpenter ants, and they work by boring holes in your wood structure.

Ants can cause pain through their bites. They bite even when they are unprovoked. The most notorious species of them all is the fire ants.

Fire ants are very aggressive and their stings can produce welts and pustules. These will resolve on their own, however. Unfortunately, fire ants can cause death in about 5% of fire ant attacks. Fire ants can kill both humans and animals.

There are more or less 280 species of fire ants. They are called as such because they can inflict a lot of pain through their stings which could be described as fiery pain. They came to the United States from Brazil via cargo ships that entered the ports of Mobile, Alabama. 70 years ago.

Fire ants are dark reddish brown in color. They have 6 legs, oval-shaped bodies, and an antenna attached to their heads. They can grow to about ⅛ inch to ⅜ inch in size.

Fire ants attack small animals like kittens. Their colonies can be found in places like North Carolina, Tennessee, Oklahoma, Texas, New Mexico, and California. The bad news is that they are still spreading.

Fire ants are introduced into a place through potted plants, shrubs, and trees. People are often bitten by fire ants when they step on a nest. Their painful stings will eventually turn into welts.

Fire ants build large mound nests that look irregular in shape. These nests are between 2 to 4 square feet and are usually found near structural foundations and landscaping. They are oftentimes found outdoors, but you have to watch out because they can usually gain access to buildings and houses through air conditioning units or HVAC systems. Once they get indoors, it is going to become a very big problem.

How To Control Ants

1. For fire ants, drench their mound with a combination of orange oil, liquid soap, and 1 liter of water. Do not alert the ants of your presence so walk slowly towards their nest. Pour the mixture directly into the hole of the mound.

2. Practice good housekeeping by wiping off food residue and drink spills, especially those that are sweet.

3. Seal off cracks and openings by caulking. These could be used as possible entry points by the ants.

5. Sprinkle diatomaceous earth on places where you usually see the ants. Diatomaceous earth is made from fossilized remains of diatoms which are like little shards of glass, so it can cause several cuts on the ant's body when they crawl on it. This will make them bleed to death. Choose food grade diatomaceous earth, which is safer for your family. You can buy this from a local gardening store near you.

Since there are normally millions of ants in a colony, or at least it seems so, you might find that you need a pest control professional. For the best pest control company in Wilmington, go for Go-Forth Pest Control. Go-Forth is a family owned company that specializes in pest control. To request for a free quote, or to get more information, call us now.