As the saying goes, “It just wouldn’t be a picnic without the ants."

Whenever there is a family gathering, expect that ants will beat you there. The infestation of these creatures is the most annoying event while preparing or eating food. 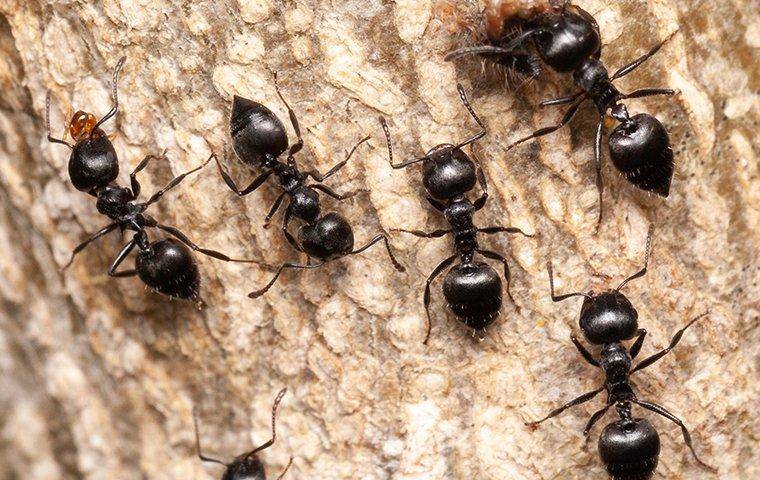 Whenever we see ants in the backyard, they are always gathered. That's because they are social insects. They always work in colonies. Ants build their nests, get food, defend their nest, defend their queen, and provide food as a colony. One will never see an ant working alone. These could be their most endearing trait. But this is also the reason they cause a great nuisance to humans.

These pesky insects forage your food like notorious scavengers. Hence, it is important to have Triad North Carolina exterminators on speed dial.

Interestingly enough, ants have been in existence since dinosaurs were still living. People can find them in every nook and cranny in the world. Did you know that there are more than 10,000 ant species but only a few are pests to our household? Let's find out which ones.

Crazy Ants
And the award for the ‘Major Home Invaders’ goes to the specie called “crazy ants." Oddly enough, they move sporadically and quickly when they are disturbed. This makes it almost impossible to get rid of a whole group of ants indoors. These creatures nest in warm, and dry places. This includes house plants, wall voids, under-sinks, and under-carpets.

Dark Rover Ants
People who have a sweet tooth will relate much with the dark rover ants. They are attracted to sweet liquids that lay around the house. You could spot them in the kitchen and bathroom when indoors. Outside, they are seen along sidewalks and under objects on the ground.

Argentine Ants
The argentine ant is an ant species that nest in moist environments near their source of food. They live in different areas during winter and find a shady area for summer. The distinct characteristic of this specie is their moldy smell when they are crushed.

Field Ants
The field ants, on the other hand, are mostly found outdoors. They dwell on dead wood, greenery, and other open areas of the soil. When their nest is destroyed, they spatter formic acid that causes pain to people. Do not disturb them or they will hurt you.

Carpenter Ants
Ant species that do not sting but can bite are called carpenter ants. They are mostly active at night to follow trails along fences, tree limbs, or other linear objects. These ants do not eat wood but burrow it to build their nests. They like to nest at places like trees, lumber, roofs, and woodworks. Their love for the wood is fitting for their name being the “carpenter” ants.

Acrobat Ants
Unlike carpenter ants, the acrobat ants are mostly active during the day. They lift their gaster (abdomen) into the air when in a defensive position like an acrobat. This flexibility explains why they are called the “acrobat” ants. They nest in trees, walls, and insulation of structures. Like the other ant species, the acrobat ants are aggressive when disturbed.

European Fire Ants
The distinctive behavior of the European fire ants is their aggressiveness when their nest is disturbed. Their sting is vigorous and painful. They are mostly seen outside during warm months but can come indoors when looking for food and water. The fire in their name makes up for their painful stings.

Asian Needle Ants
In shaded areas with high moisture, the Asian needle ant can be spotted. They are mostly nestled outdoors. The sting of these ants can cause welt when it meets people and in some, it can also cause anaphylactic shock. Stay away from these ants because they are dangerous.

Ants cause so much trouble for households. Like a moth to a flame, most ants that infest homes or backyards are attracted to sweet food. Did you know that an ant can carry 20 times more than its weight? And when they get food supplies, they work in colonies. Imagine the amount of food they can forage. Small as they are, they are strong in numbers and cause several nuisances at home.

When ants look for food, this is when pest infestation starts. Not only do they take our food but also contaminate our utensils. Just think of all the bacteria or viruses they carry with them. Knowing the dirty areas they go into, it's no surprise we can contract diseases when our food gets contaminated by them.

Some of the most common illnesses people contract because of ants include:

This is one of the most common bacterial diseases that affect the digestive tract. The salmonella bacteria normally live inside human and animal intestines and are shed through their excrements. If other people ingest this bacteria, they develop salmonellosis within 72 hours. Some of the symptoms include abdominal cramps, diarrhea, and fever. Most individuals that contract this disease do not need any medical intervention. However, people have weaker immune systems such as the elderly and children might need the assistance of medical health professionals.  This will prevent complications and dehydration which can be fatal if not treated.

Staphylococcus bacteria, also known as the S. aureus is recognized as one of the most notorious bacteria that cause diseases to mankind. It is the leading cause of skin infections such as abscesses, cellulitis, furuncles, and many more. Believe it or not, it can also cause bloodstream infections, bone, and joint infections, including pneumonia.

It can easily be transmitted by ingesting or inhaling contaminated materials. Other times, people can contract these diseases through contact with other people.  The bacteria could also be present on animal and human excrements, saliva, and blood. By any chance it is carried by insects, they can carry the bacteria to our houses. This is why it's important to keep the house clean to reduce the risk of contracting harmful diseases.

This is another common illness caused by ant infestations. This is characterized by the inflammation of the intestines, specifically the colon. It can lead to severe stomach pain in severe diarrhea. Other symptoms include fever, vomiting, nausea, fatigue, or intermittent constipation. Without treatment or hydration, it can be fatal and might lead to death.

Ants go to sewers, canals, and drainage systems. These are the common areas that harbor bacteria. If they come indoors, they contaminate and spread every pathogen that lives on their bodies. This is why elimination and prevention are important.

Aside from the illnesses that ants bring, they can also hurt us through their bite. Out of the eight ant species mentioned above, five of those species sting when they get in contact with humans. They can cause immense pain despite their small size. Some of them can even inject venom to the skin which can lead to skin diseases, skin allergies, or anaphylactic shock.

How To Eliminate Ants Naturally

While ants play an important role in the environment, they can cause nuisances when they infest homes. To eliminate, here are some tips  to get rid of ants from home:

Use mint
While mint is beneficial to humans, they are irritants to ants. You can plant mint all around your home to keep ants away.  Better yet, you can invest in peppermint oil and use it as a barrier. Simply add a few drops of essential oils to a cotton ball and strategically place it on areas where infestations are rampant. This could be under your sink, under your cabinets, or inside your compartments. Do this frequently and it can help eliminate ants for good.

Use vinegar
Experts believe that the 50/50 solution of vinegar and water is effective against ants.  Store it in a spray bottle and apply it directly on ants to kill them. Afterward, wipe the ants using a damp towel or a damp tissue and eliminate them. You can use this on your window sills, walls, patios, and doorways to keep pests from coming inside.

Lemon juice
Again, this is another mixture that poses several benefits to humans that is detrimental to ants. It can destroy the scent trails that the ants follow. You can create your own repellent by mixing one part lemon with three parts of water and use it to spray on infected areas.  Like the vinegar, you can also use this as a barrier.

Cinnamon
This flavoring makes everything better. To ants, however, it is a form of poison. When they inhale it, they suffocate and die. To use, simply sprinkle cinnamon grounds on entryways, ant colonies, or ant trails. This will help eliminate the existing ants within your surroundings.

There you have it!

These ingredients are present in the kitchen. You can either use it to enhance the taste of your food or to repel the ants that steal them. At least you know now what you can do to protect your home from pest invasions.