What To Do About Box Elder Bugs On Your Charlotte Property

While some Charlotte pests are well-known, others are seldom discussed. Box elder bugs happen to be one such pest. Although they are around, people don't usually know what they are or how to handle them. Rather than scratch your head in wonder, you should learn more about box elder bugs and find out what it takes to keep them away. 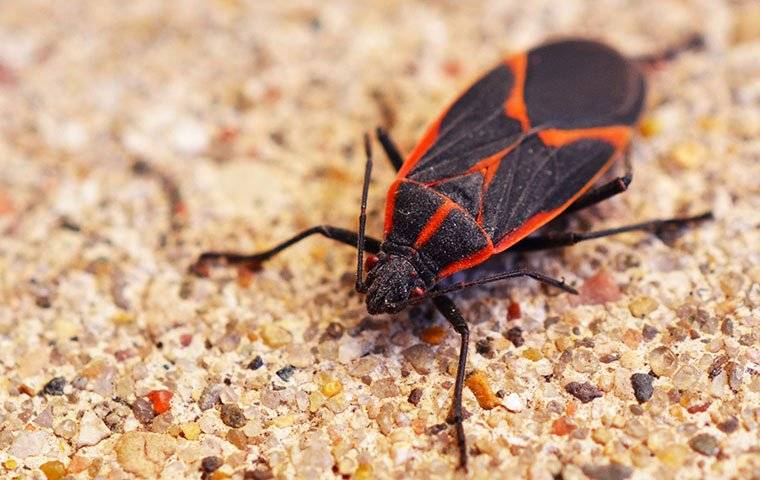 Do You Know How To Identify A Box Elder Bug?

People often see box elder bugs but don't know what to call them. With black bodies and red or orange markings on their backs, box elder bugs stand out. They somewhat resemble beetles because they have oval bodies and six legs.

So why are they called box elder bugs? These Charlotte bugs are most often found on the box elder tree. While they also live in other places and sometimes get into homes, they prefer box elders. If you have this type of tree in your yard, you're almost guaranteed to encounter a box elder bug.

Fortunately for you, box elder bugs don't bite or spread disease. They can stain your furniture or clothing with their feces, but that only occurs if they get indoors. More than anything, box elder bugs are a nuisance. You could have 50 of them invading your home.

Once box elder bugs get inside, they're hard to kick out. This is why you should spend some time deterring them. First, use caulk to seal up cracks and gaps around your home. Your windows could be an easy access point for these bugs because they may be sunning themselves outside, and they follow the warmth through a gap around your window. If you reseal your windows, you make it harder for these pests to get inside.

If you frequently open your windows, install screens on them or keep the existing screens intact. A small hole in your screen could invite box elder bugs inside. You may not need to replace a broken screen; the screen tape might cover your holes.

Your outlet covers and ceiling fans could also allow boxelder bugs inside. If you have an older home, the seals may not be right. Fix the issue by resealing your outlets and other covers.  Another prevention tip is to cut down your boxelder trees. However, this may not be the right thing for you to do.

What You Should Do After They Get Inside

After boxelder bugs enter your home, they lay eggs and reproduce. You may try to crush and kill all the bugs, but this causes a smelly secretion that attracts other box elders. Instead of crushing the pests, try vacuuming them up.

Your efforts still may not be enough. Even if you try to use a chemical killer, you could do more harm than good. If boxelder bugs die in your walls, more pests will come in to feed on the carcasses. In the place of boxelder bugs, you could have an even more dangerous pest. It's also worth mentioning that chemicals sprays can harm you and your family if you don't properly use them.

Of course, you probably don't want to cohabitate with these annoying pests. That leaves you with only one thing left to do; call the professionals.

Here at Go-Forth Pest Control, we care about our clients. We don't want you to suffer through your days as boxelder bugs take over. Our trained team has the tools for boxelder bug removal and prevention. With years of experience, we're ready for anything. We work hard to meet and surpass your needs. Call us today to learn more.