Why Are Termites Called The Billion-Dollar Destroyers? (Kernersville Exterminators)

One of the most distressing pests that could invade our homes is termites. Imagine investing a large sum of money in building a comfortable house for your family only to have these creatures destroy it. Believe it or not, termite damage costs billions of dollars a year due to structural damage. They feed on your house as if it's an eat-all-you-can-buffet in a restaurant. Let’s have a closer look at these tiny home wreckers, shall we? 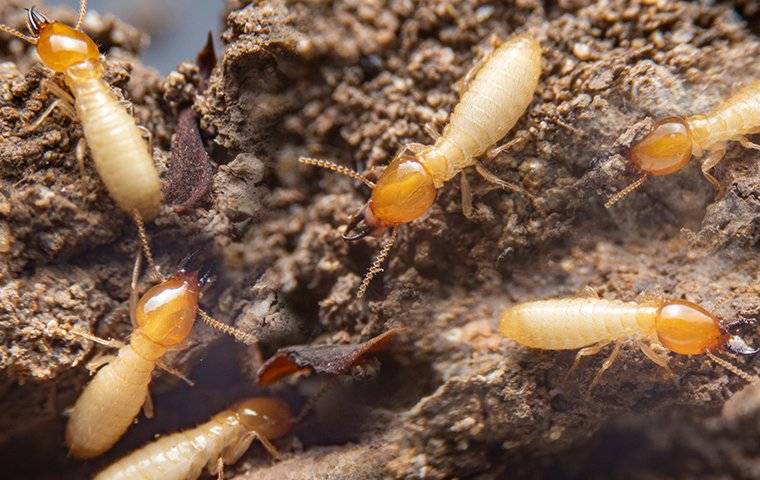 What Is A Termite?

Termites are from the order of Blattodea with 3,106 identified species. According to experts, more species continue to emerge and are soon to be identified. These creatures are one of the most adaptable insects in the world. They are found in every landmass on Earth except Antarctica. They are sociable insects with different castes, each of them works for the whole benefit of the colony.

Termites are sensitive creatures. They use the base of their antennae and parts of their legs to detect noise and vibrations. A study in Australia speculates that termites can perceive the size of wood through vibrations. This gives them an idea of how many termites are needed to finish off the structure.

These creatures are often mistaken as ants. Though they have a lot of physical similarities, they are not related. A research study about their DNA analysis in 2008 suggests that termites are more closely related to cockroaches.

Different Classes In A Termite Colony

Another thing that they have in common with ants is the presence of castes in their colony. Listed below are the most important roles of termites.

The Queen
A colony has a single true queen which has a main role is to reproduce. The queen is the oldest and the biggest in the colony. They have massive, white abdomens which enables them to lay hundreds of eggs a day. A mature, high-performing queen can even lay thousands of eggs per day. They could grow as big as a human thumb. The downside to this is their tendency to be immobile. In times of trouble, it will be more difficult to move.

The King
Unlike ants, termite colonies have kings which are the second most important termite in the colony. The king is slightly smaller than the queen and has a darker color. His only duty is to mate with the queen for the rest of his life.

A true termite queen and king produce pheromones that control the development of the reproductive system of secondary queens and kings. They do this to maintain the integrity of the colony. This Royal Duo can live 30 to 50 years burrowed in their underground chambers.

The Worker
Worker termites have a small, whitish body. They might be blind but the other senses are heightened enough to know where to look for food. These termites are responsible for all the physical work in the colony 24 hours a day. They are also responsible for taking care of the eggs by providing food, warmth, and protection.

The Swarmers
The Swarmers are also called alates. These are the secondary royals of termites that develop wings. Swarmers are attracted to light. When it's time to mate, they swarm in groups and look for light sources.

These are the insects you usually see flying around lamp posts and light bulbs at night. They come out after the rain to look for a suitable mate. Once the females are fertilized, they will look for a secure area to care for their offspring. If the breeding is successful, they're the ones to start their new colonies.

You should know, swarmers can only fly at a short distance because their wings can easily break. This gives you an idea that there is a termite colony nearby. Hence, you have to monitor your home and prevent these creatures from discovering it.

Termite diets are focused on the cellulose that can be found in organic matter like wood, animal feces, and plants. They mainly feed on wood. But in desperate times, books, filtration systems, and insulators are not exemptions for them. Inside their nest, there is a chamber built for specific fungi called Termitomyce. These fungi are also tended by the workers. In return, they help break down undigested woods or plants to be more digestible food for the termites.

Termites are great architects. They build their home underground and create their own skyscrapers called mounds or hills. The termite hills you see protruding from the ground is just the tip of an iceberg for the entirety of their nest. The mound acts as a ventilation and cooling system for the whole nest. Hundreds of underground tunnels connect with different chambers with different purposes. This is how termites hide from their predators.

Believe it or not, people even pattern their home designs to the hills of these creatures. An architect named Mick Pearce designed a mound-like building called the Eastgate Centre in Zimbabwe. He got the inspiration from a termite mound because it serves as a ventilation system to control the temperature of the entire building.

Intelligent as these creatures are, we cannot have them around our home or else we face the consequences. If they're already in, how do you know for sure if you're home is infested by termites? Here are the signs of termite infestations:

The most prominent sign of termite infestation is hollow woods. This is the result when termites rummage wooden furniture and structures. At a glance, it looks normal and unharmed. But if you knock on it and inspect it closely, you can hear that hollow sound. When you do, it means that termites are already inside your structures.

When termites feed, you can hear them munching on wood. Yes, if you place your ear against an infected area, you can hear the sound of worker termites feasting on your home structures. If you do, contact Kernersville Exterminators immediately so they can take care of the problem and contain the damage.

The last but not the least sign of termite infestation is the presence of mud tubes, otherwise known as galleries. Termites build these tunnels as a passageway from there underground colonies to forage on structures. When you go outdoors, be keener in observing every detail you see on the ground. If you see mounds, tube-formed mud, that's your cue to call professional bug exterminators.

No, they are not known to transmit diseases like other common pests. But they are as much as dangerous to humans. As they feast into the wood, they weaken the foundations of the structure. It may collapse harming the people living inside the structure.

How To Eliminate Termites?

We discussed that the colony of termites consists of millions of members. Using DIY methods during an infestation might not be as effective as people say. You might want to buy termite control products that are sold in retail stores. However, these will only eliminate the existing termites in that specific area.

According to experts, it takes a licensed professional exterminator to eliminate these creatures for good. They are more knowledgeable about handling this kind of infestation. They know critical areas of your home that could be an entry point to termites. Exterminators from Go-Forth Pest Control are equipped with specialized tools that help them reach deep and crucial places where termites dwell. Once they spot the mound, they will use high-end strategies to eliminate the infestation.

For minor infestations, they steer clear from using synthetic materials. During which cases, they prefer baits and other natural methods for termite control.  However, there are instances when termites are already deep within the core of your structures. If this happens, there's no choice but to use synthetic chemicals such as termiticides.

These fluids are either sprayed on house foundations and structures or injected into the soil. This chemical acts as a protective barrier that prevents termites in entering houses and buildings. Termites already present inside your home will eventually die. Without their colony, they are left in the cold without any support system. But before this method is used, the exterminator will ask the residents to vacate the house in the meantime. This ensures that they don't ingest or inhale the fumes and residues from the pesticide.

Only The Licensed Professional Exterminator Can Do The Job

Without prevention and elimination, termite damage will sum up to billions of dollars. There are recorded establishments that closed because of infestations. Can you imagine the amount of money spent on building these structures only to have pests destroy them from the ground up? Which is why we need to learn how to prevent them. If you suspect termite infestations at home, contact Go-Forth Pest Control for an immediate inspection and elimination.