The box elder bug in Virginia can size up to 1/2-inch and varies in color from gray to black with crisscrossing red stripes on the wings. Nymphs have a bright red abdomen. A number of insects have found that heated buildings are ideal for surviving the cold of winter. Such pests include older box critters, bunch flies, and lady beetles. 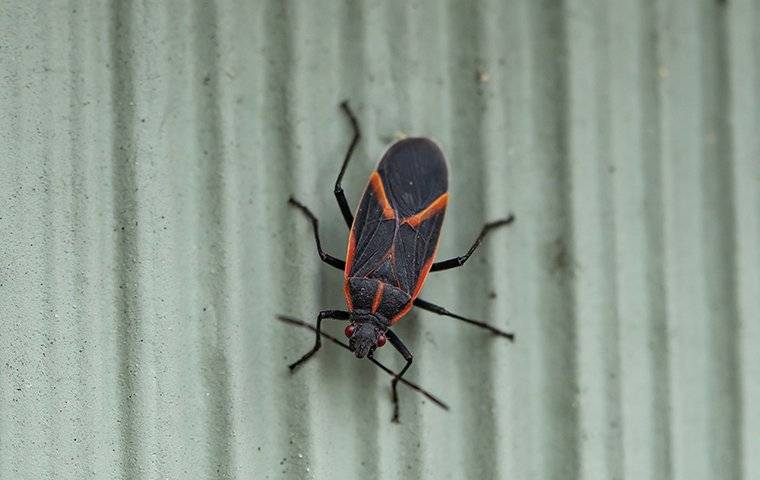 As the weather cools in late summer and early fall, the sun warms the south and west walls of buildings. During the hot winter days, some insects “wake up” and end up inside the building. Older bugs feed on maple and older box trees and generally infest buildings where these types of trees are nearby.

Box elder bugs get their regular name from the way they are frequently found near box elder trees. This species is local to the western states, yet it can be found from eastern Canada through the eastern United States, and west to eastern Nevada wherever the box elder trees are found.

In the pre-winter, box elder insects end up noticeably gregarious and gather on the south side of rocks, trees, and structures where the sun hits. After substantial masses accumulate, they move to nearby structures or houses to spend the winter. These parasites tend to stretch in small splits and fissures in the dividers to protect them from the cold winter temperatures. From late March to early April, adults leave their winter destinations to return to their host trees during the warmer months.

So as to keep box elder bugs from attacking homes, repair openings in window and entryway screens, seal breaks and cleft with a decent quality silicone or silicone-latex caulk, and introduce entryway scopes to every single outside passageway. When endeavoring to dispose of box elder bugs that have as of now entered a home or building, no endeavor ought to be made to slaughter them in divider voids since dead creepy crawly bodies can draw in dermestid scarabs. Also utilizing a vacuum cleaner to evacuate them may give impermanent help. The pack ought to be expelled to keep the bugs from getting away. In the event that a box elder invasion is suspected, an authorized vermin control administrator ought to be called to assess and survey the issue.

The best way to control such pests is by prevention as described below. If it is too late and they are already in, it takes a professional to find and treat the right areas to minimize the number of pests seen on the inside. If your home has a winter pest problem, take the following steps next summer to avoid a recurrence: