Identifying Dangerous Pests That You Could Find Near Your Greensboro or Winston-Salem, NC Home

Most pests that you find in the Triad area are harmless, but there are a few that you should watch out for that are venomous. From spiders to snakes, it’s important to know what might be lurking in or near your home. Go-Forth Pest Control is here to tell you how to identify the most common dangerous pests that are found in Greensboro, Winston-Salem, and surrounding areas. 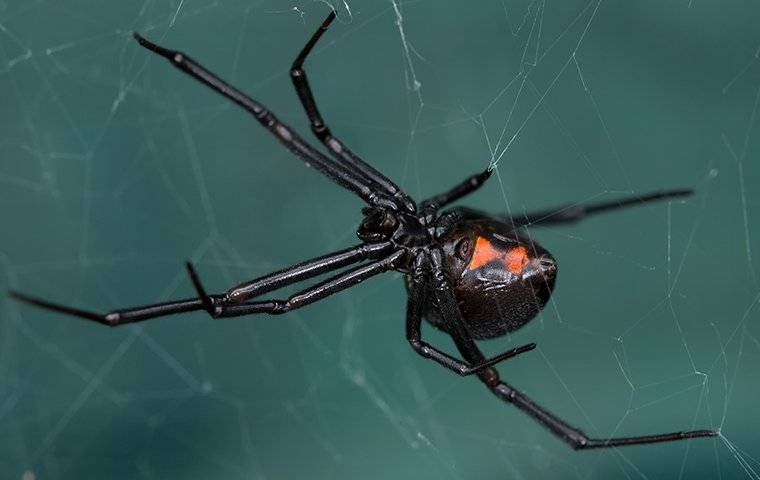 What kinds of pests can pose a threat to you or your loved ones if found near your property in Winston-Salem, Greensboro, or a surrounding city in the Triad area? Let’s explore a few:

Considered one of the most venomous spiders in North America, this type of spider is about the size of a paper clip and easily identifiable by the colored (usually red), hourglass-shaped mark on its abdomen. A black widow is dangerous because its venom is known to be about 15 times stronger than a rattlesnake’s.

If you are bitten by a black widow, you could experience muscle aches, nausea, and a paralysis that affects your diaphragm which can make breathing difficult. Most individuals who are bitten by this spider suffer little damage, however, bites can be deadly to small children and elderly individuals.

Native to the Southeast, these spiders are yellowish-tan to dark brown in color with legs that are about one inch long. These spiders are not aggressive; however, when they are threatened, they will bite. They live in dark, warm environments, including attics, porches, barns, basements, and more. Deaths from these spiders have only been seen in children under seven years old. If bitten by this spider, an individual will experience reddened skin or a blister that forms around the bite site, mild to intense pain, and itching for two to eight hours following the bite. This can also be accompanied by a breakdown of tissue, or necrosis, surrounding the bite after about a week.

Luckily for homeowners living in Greensboro and Winston-Salem, NC, there are only three known venomous snakes found in the Triad area: copperheads, rattlesnakes, and cottonmouths. Copperheads are characterized by dark brown, hourglass-shaped crossbands on light brown skin, as well as white and black-marked bellies. If threatened, copperheads will vibrate their tail and try to bite. However, bites are rarely fatal to humans. Rattlesnakes are known for the rattle on the end of their tail and their hiss. They are usually patterned with dark diamonds and can bite if stepped on. Although their bite can be dangerous, immediate medical treatment can ensure that the effects aren’t serious. Cottonmouths, also known as "water moccasins", are North Carolina’s only poisonous water snakes. They have triangular heads, thin necks and thick, muscular bodies that are usually dark brown or black. Their bites can be very dangerous and can prevent a person’s blood from clotting. However, if you immediately go to the hospital after getting bitten by one of these pests, their bites are rarely ever fatal.

Have questions on how to identify dangerous pests in your area? Looking for professional pest control services to protect your home and lawn from venomous spiders and snakes? Reach out to the pest control experts at Go-Forth Pest Control today at (336) 841-6111.