The yellow jacket’s size can range anywhere in between ½ inch  to ¾ inches long. This North American predator is often mistaken for bees because of their black and yellow coloring and body shape. They also resemble the hornet but their head is much larger. Yellow jackets have alternating yellow stripes along their body, a long slender body, thin long wings and yellow legs. Unlike the bee who feeds on the nectar, the yellow jacket will feed on other, smaller insects. 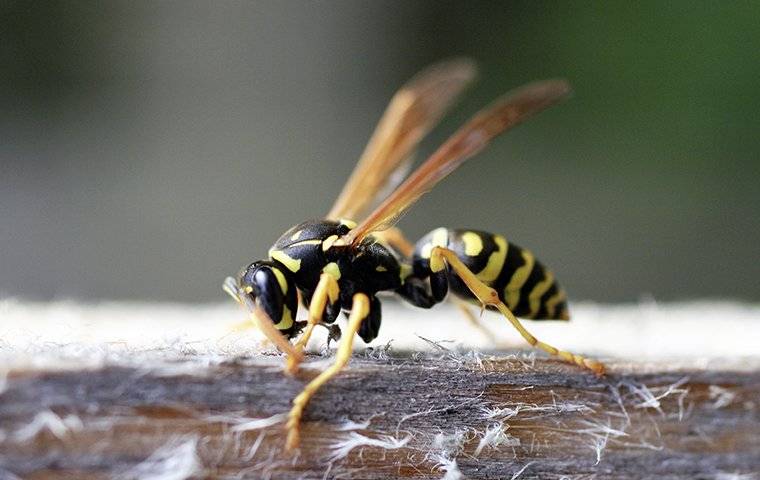 Yellow jackets in Greensboro are very aggressive creatures and will attack if swung at. Their sting is very painful and if they are to get inside clothing can result in an unbearable amount of pain. The yellow jacket venom is only dangerous if stung multiple times or there is an existing allergy.

Yellow jackets will nest in hollow logs, rotten burrows, and stumps. These nests can grow to be quite large, some having a many as 5,000 inhabitants. Usually the nests are built in the spring because the temperature is very important for the future of the colony.

Yellow jackets can be found all over the world but are most common in the United States. The yellow jackets will build their nests in and above ground, the ceilings of buildings, hollow parts of trees, or cliff faces.

The adult female will build her nest out of mud which they will collect alongside puddles of water. This results in an almost paper-like feature to the nest. Each of the nests are made up of 25 cylindrical cells, having eggs laid by the female wasp. The cells will be closed to protect the larvae and keep other insects out.