Stink bugs in Greensboro don't have a good reputation. And while the name of this insect gives away one of its traits, the bug has much more to it than a smelly presence. People often wonder whether or not these pests are dangerous to humans or if they're merely a nuisance. Find out the facts about stink bugs and learn if you should be doing anything to keep them out of your home. 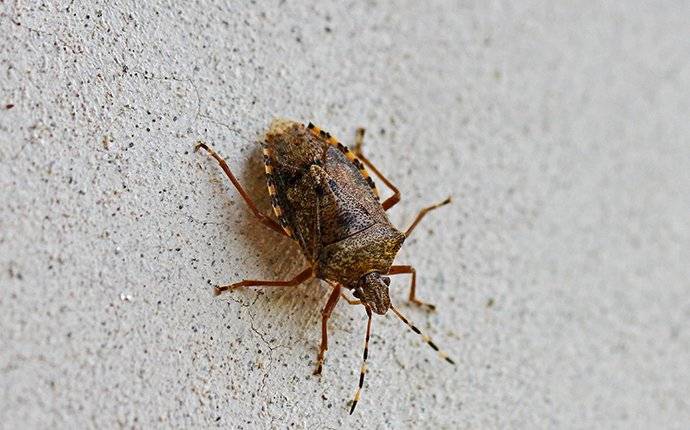 What Are Stink Bugs?

If you find a small insect with sucking mouthparts and straight antennae, you could be looking at a stink bug. This pest often hangs out in gardens and yards but sometimes invades homes. Perhaps the more defining characteristic is the shield-like shape of its body and the insect's brown color.
Before you get too close to a stink bug, you should know that it can fly. They may buzz around your home but are unlikely to bother you.

In your quest to find out if stink bugs are dangerous, you should know that they're poisonous. However, the definition of poisonous may not be what you think. Something is poisonous if it causes harm or death when a person or animal absorbs or invests it.

In that sense, stink bugs are poisonous. However, there are varying levels of poison. Stink bugs can't kill you or even cause much harm to you. At the very worst, stink bugs might trigger your allergies or result in skin issues. This only happens to people who have an allergic reaction to stink bug fluid.

Stink bugs only produce this fluid when they defend themselves. As a result, you aren't likely to have a bad encounter with a stink bug unless you try to pick it up. If you harass a stink bug and have an allergic reaction, you can expect a runny nose, skin irritation, and itchy eyes.

The Problem With Stink Bugs

The biggest issue with stink bugs is the fact that they are agricultural pests. In small farms and backyard gardens, stink bugs can be a serious threat.

Another issue is the fact that stink bugs often look for ways to come indoors. As the weather cools down, stink bugs tend to seek shelter inside Greensboro homes. Once indoors, stink bugs are reluctant to leave.

Keeping stink bugs out is easier than getting rid of them. If you do have stink bugs inside your home, don't squish them or touch them. To avoid the smell, use gloves and brush them into a bag.

Here are a few tips you can follow to keep these invasive pests outside:

Keep Gardens Far From Your Home: People usually prefer to have gardens near their homes. Unfortunately, this attracts stink bugs to your home. Move your garden as far away as possible to deter these pests.

Seal Up Entrances: It's also helpful to make your home less accessible to stink bugs. If there's no way for these pests to get indoors, they won't invade. Start by checking your window seals and resealing them wherever necessary. Then, move onto your doors. Do you have large gaps underneath your front and back doors? If so, use weatherstripping or install doorsweeps. Examine your foundation for cracks and crevices because stink bugs can also invade those areas.

Work With A Professional

In truth, there's only one effective way to keep out stink bugs. By working with a professional, you get ongoing protection from these nuisance pests. Here at Go-Forth Pest Control, we're ready to assist you. Our technicians have the skills needed to keep stink bugs away and make you feel comfortable at home. For more information, call us now.