Seeing more spiders around your home these days? That’s because spider mating season is arriving with the onset of fall. This means that spiders and their webs at all residential and commercial properties will become much more prevalent. As the beginning of the autumn season rapidly approaches, it has become evident that there is a higher number of spiders in the area than usual. 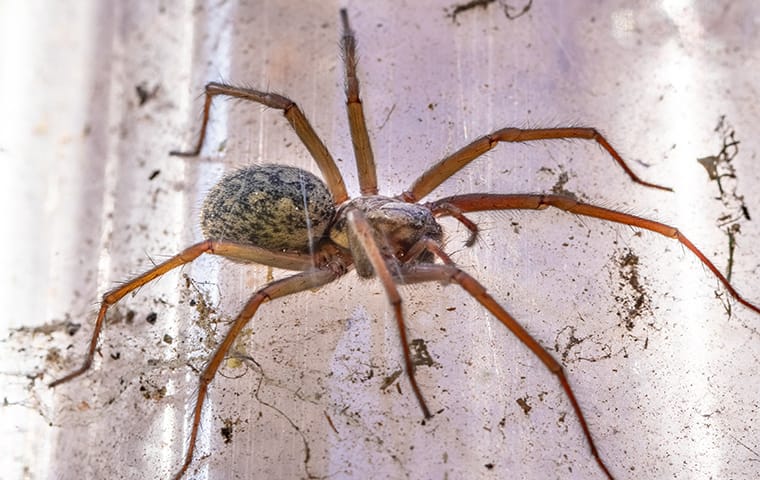 The most common areas you’ll find these unsightly creatures and their webs? Eaves, around your lighting features, and in bushes. If you allow leaves to pile up against your home, you’ll also find spiders there as this creates a great nesting ground for spiders … and also ants.

Owner of Go-Forth Pest Control and resident pest expert, Chase Hazelwood, attributes the higher than usual number of spiders to treatment frequency: “I think that a major factor is that homeowners are not applying pesticides as often as is necessary for effective spider control.” Hazelwood recommends having regular treatments, like every two to three months, in order to cut down on the number of spiders.

Hazelwood goes on to explain that, although the majority of spiders that take up residence in the area are not fatally poisonous, it can be an annoyance constantly removing spider webs from the exterior of homes and businesses. Except on Halloween, maybe, spiderwebs aren’t the most aesthetically pleasing feature!

Watch an educational video on the Increase of Spider Activity In the Fall on our YouTube Channel!