Amphipods are usually ¼ to 1-inch long. Most of the time, they appear dark brown or black, but may appear red, pink, yellow, green or blue, depending on the species. After death, their dry bodies often turn bright red. Amphipods are commonly referred to as scuds and inhabit most of the oceans, lakes, rivers, beaches, caves, and other hot and humid environments. They are compressed laterally or flattened and look like small shrimp.

These crustaceans are important members of the food chain, serving as food for many fish, invertebrates, shorebirds and other animals. They are also important as scavengers and detritus. Drought, excessive rainfall and prolonged irrigation of the gardens can cause amphipods to seek better living conditions, taking them to a home or building. 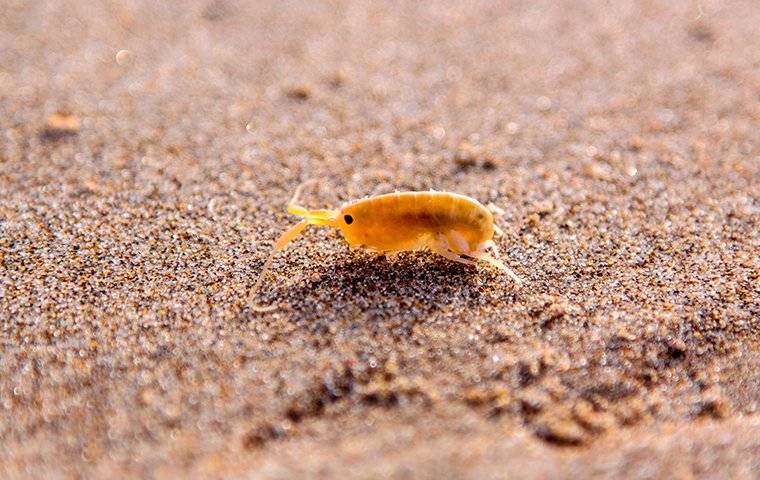 Amphipods in Charlotte can be found in the highly moist forest litter or any other dense earth cover where they can sink into the upper inches of the ground. They are commonly found living under ivy that is used as a ground cover. There are several types of amphipods on the west coast of North America.

Most investigations, apart from scientific classification/transport, have been carried out on a pair of intertidal and supratidal/semi-terrestrial species and these revisions will be highlighted in ODYSSEY. These species are grouped within the family Talitridae. How many types are there of amphipods? There are no less than 120 completely terrestrial types of landowners, commonly called “landhoppers”, occupying forests from the ground to cover, soils, plants, hollows, meadows and mountains, but they occur in the tropical and subtropical zones of the southern hemisphere.

The dependence of water on terrestrial species is reduced to that which is accessible in the fall of dew and in sustenance. The transformative achievement of amphipods in colonization of land among shellfish is the second for Oniscidian Isopods. Just as in the Oniscidians, much of this colonizing achievement is due to elements believed to be available in tribal Intertidal species.

There are 2 normal species of Megalorchestia in California that also possess sandy coastlines, involve tunnels near the filament line, and eat similar types of ocean growth nourishments. In any case, the Hopkin Marina Station, Pacific Grove fellows demonstrate that their disseminations rarely cover attributable to the inclinations of the different types of coasts.

Invasion of amphipods in the indoors occurs when the conditions support a large number of these crustaceans. Treatments can provide short-term relief, but correcting such conditions is key to long-term success. Altering or eliminating excess moisture conditions next to a building can be useful, particularly when dealing with landscape and lawn watering, as well as steering drainage problems. Thick soil covers such as ivy, “monkey” grass, etc.

It should not be located next to or near a foundation as they provide harborage for innumerable insects, spiders, mice and other rodents. Items in contact with the floor should be removed whenever possible. External cracks and holes should be sealed, especially along the foundation. The drip holes can be “closed” by filling pieces of wire mesh or screening in the openings.