The cotton rat looks like a cross between a rat and a hedgehog. It is easily identified as a common rodent, but it may not be classified at first as a rat, due to its less than rat-like appearance. It has a dense fur that is flecked with dark brown and black.

Cotton rats are usually pudgy, like a hamster or guinea pig, and have two sets of short, stubby feet and hands which help it move and be able to build a shelter for protection from many predators. These rodents can be found living in gardens and even in the home on occasion. They have two very small ears, which may be hidden by their fur; their front legs are shorter than the back.

Cotton rats have large, black eyes, and they can appear in a variety of colors including gray, brown or black. Their tails are almost always a fleshy pink or pale gray. They have a short, neat face, which is reminiscent of many common rats and an even neater, shorter neckline. 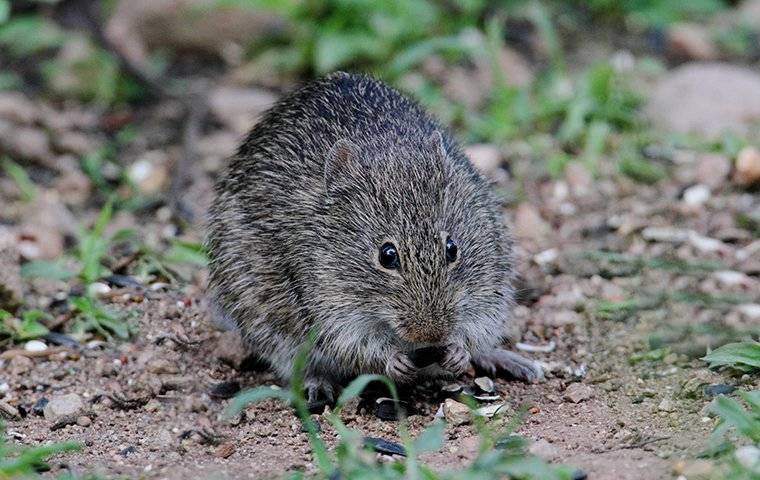 Cotton rats have many habitats in which they thrive. They are known domestically throughout Canada, America, and Mexico. Their population numbers generally localize in any one area but are dotted throughout these and neighboring countries. In America, they are known to plague rice fields in Texas or across the plains of Kansas and have been found in both the northern and southern states.

Cotton rats in North Carolina occasionally eat insects but predominantly live on green plants, and as such, they are considered an agricultural pest. They have a wide range of predators and often seek shelter to protect them from birds of prey and larger mammals. They are intuitive and may use man-made materials as shelter or build their own from locally gathered materials. Their cover requirements are an essential part of their habitat.

To discourage cotton rats, preventative rodent control measures include basic maintenance of buildings and gardens to ensure a less than desirable habitat. The grass should be kept low and fences and supporting structures to crawl spaces should be closed off correctly.

These are often recommended when dealing with Cotton rats. They are similar to mouse traps, which may also be used, and lure in the rodent with something edible, trapping them or contaminating them with a pesticide that kills them. These require regular maintenance and attention to detail when working with hazardous materials.

Always use protective gloves when handling rats. Even though the cotton rat is a particularly clean breed, there is always a risk it may have come into contact with other rats or less than desirable creatures or diseases.

No matter which pest you are fighting; feces are usually always a problem. This is especially important where large populations can create quite a mess. Hire a professional if you don’t want to handle this yourself, and always use correct protective clothing/products for sanitation purposes.